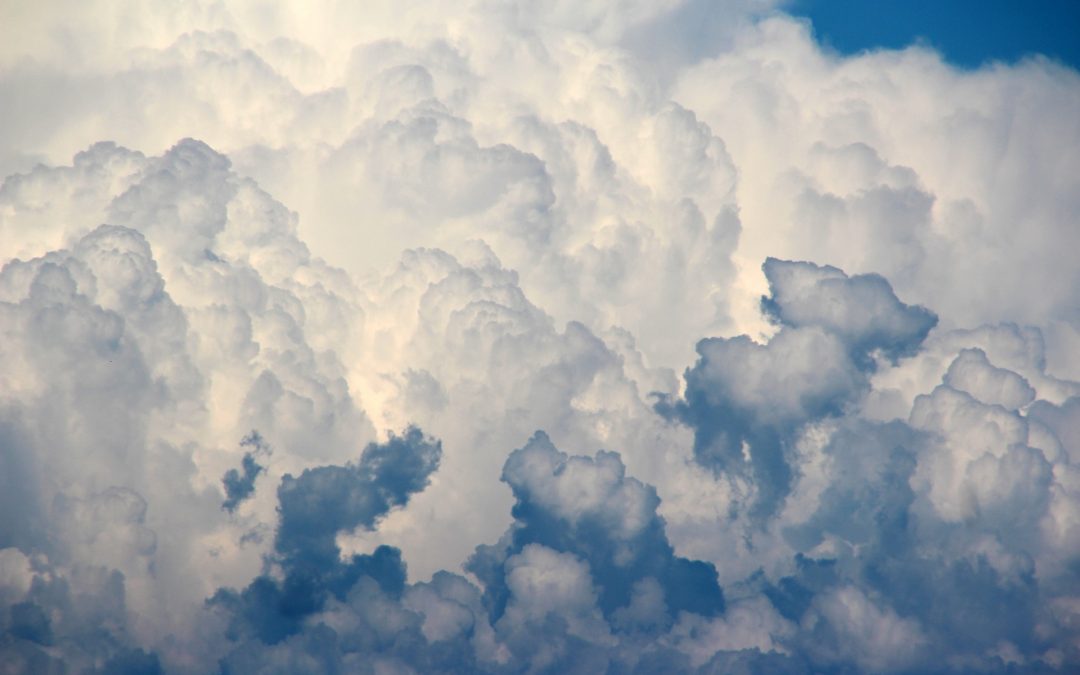 In meteorology, a cloud is an aerosol comprising a visible mass of minute liquid droplets, frozen crystals, or particles suspended in the atmosphere above the surface of a planetary body. The droplets and crystals may be made of water or various chemicals. On Earth, clouds are formed as a result of saturation of the air when it is cooled to its dew point, or when it gains sufficient moisture (usually in the form of water vapor) from an adjacent source to raise the dew point to the ambient temperature. They are seen in the Earth’s homosphere(which includes the troposphere, stratosphere, and mesosphere). Nephology is the science of clouds which is undertaken in the cloud physics branch of meteorology.

There are two methods of naming clouds in their respective layers of the atmosphere; Latin and common. Cloud types in the troposphere, the atmospheric layer closest to Earth’s surface, have Latin names due to the universal adaptation of Luke Howard’s nomenclature. Formally proposed in 1802, it became the basis of a modern international system that divides clouds into five physical forms that appear in any or all of three altitude levels (formerly known as étages). These physical types, in approximate ascending order of convective activity, include stratiform sheets, cirriform wisps and patches, stratocumuliform layers (mainly structured as rolls, ripples, and patches), cumuliform heaps, and very large cumulonimbiform heaps that often show complex structure. The physical forms are divided by altitude level into ten basic genus-types. The Latin names for applicable high-level genera carry a cirro– prefix, and an alto– prefix is added to the names of the mid-level genus-types. Most of the genera can be subdivided into species and further subdivided into varieties.